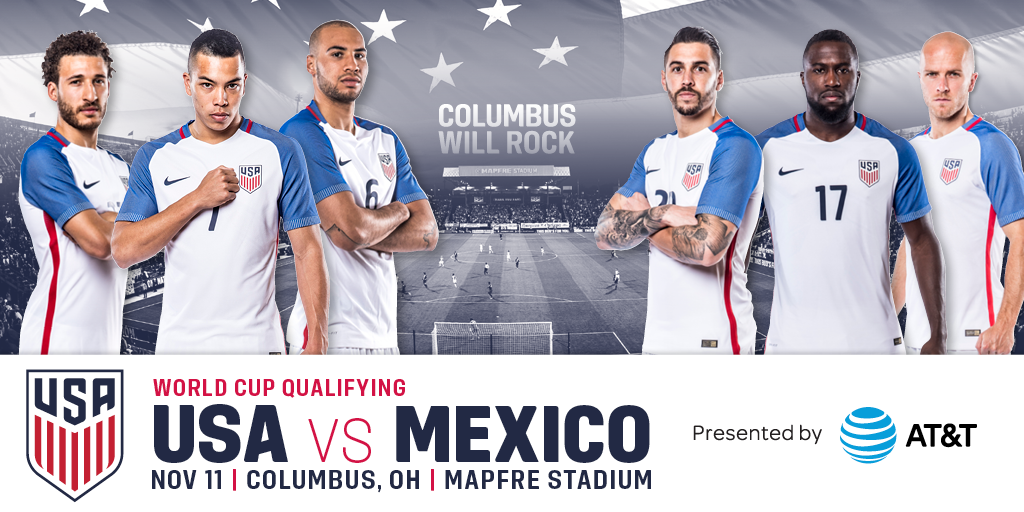 November 11 kicks off the CONCACAF Hexagonal, the final round of World Cup Qualifying in which six CONCACAF teams are left to qualify and will face each other twice in a round robin type format with only 3 guaranteed spots for the World Cup in Russia in 2018.

The CONCACAF region covers the North, Central American and Caribbean countries who are trying to qualify for the FIFA World Cup in 2018 hosted by Russia. A total of 3.5 slots are available for CONCACAF teams. As mentioned earlier, there are 3 guaranteed slots and then 1 inter-confederation play-off slot, think wildcard, where a CONCACAF team can qualify by winning a playoff against teams from other confederations.

Of course we want the sure thing! So that means the USA needs to come out strong in its first HEX match against its ultimate rival, Mexico. These two teams have an incredible history, especially in Columbus Ohio where this first match is set to take place. Dos A Cero!

Video courtesy of US Soccer

AO Santa Maria will be gathering Friday November 11th (kick off TBA) at the Santa Maria Inn Taproom to view this epic matchup in what will possibly be our biggest showing since the Mens World Cup in 2014 and then again on November 15th at 6pm for our second HEX match against another strong and familiar opponent, Costa Rica.

Both Mexico and Costa Rica qualified for the World Cup in Brazil in 2014 and put up great performances, showing that along with the USA the CONCACAF region is only getting better!

So join us, start your weekend early, bring a friend and introduce them to competitive soccer and lets hope the US can secure some qualifying points in their first couple of matches!